Railway boards across the country advertise the Sarkari Naukri Railways 12th pass for candidates on various platforms. The candidates can apply online for these railway jobs. As the recruitment is made by the respective board, the candidates should write the name of the board he/she is applying for. E.g., if a candidate is applying for a railway job in West Bengal, then the application should be on the name of Eastern Railways, Kolkata Metro or Northeast Frontier Railway.

However, it’s important to know a brief History of Indian Railways. 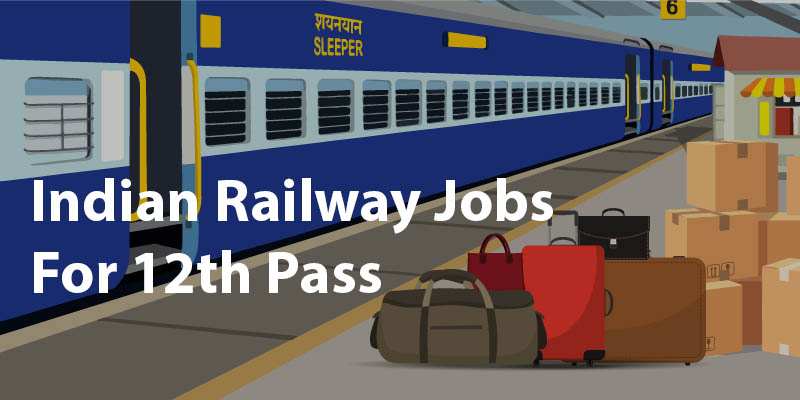 It was in the year 1932 in Madras now called as Chennai that India’s first railway proposals were made. Red Hill Railway, the first train in the country, went from Red Hills to Chinchandripet Bridge in 1837 in Madras. It was moved by the Rotary Steam-Engine locomotive made by William Avery. Built by Arthur Cotton, the railways were mainly used for the transportation of laterite stones for road construction work in Madras.

The Madras Railway was included On May 8, 1845, then the following year, by the East India Railway. The Great Indian Peninsular Railway was incorporated on 1st August 1849 by an Act of Parliament. The “guarantee system,” was finalized on 17th August 1849, it included giving free land to the British companies willing to make the railways, along with a 5 percent rate of the return.

Some of the Major Indian railway services are given below:

hence there is an excellent scope of Sarkari Naukri Railways 12th pass candidates.

Subsidiaries and Undertakings in Indian Railway

About 16 Public Sector Undertakings and other Organizations are working under the Ministry of Railways,
Which are mentioned below:

Not only opportunities of Sarkari Naukri Railways 12th pass are available, but also in its subsidiary organizations.

What Opportunities are there for Sarkari Naukri Railways 12th pass?

Indian government categorizes the railway employees in the ranking of Groups. These are

What all categories/posts comes under these Groups in Indian Railway

the services include are

The Combined Engineering Services Exam provides the recruitment of officers to the following railway jobs.

In the UPSC Special Class Railway Apprentice Examination, a candidate will be recruited in the Indian Railway Service of Mechanical Engineers. All the candidates of Group A have trained appropriately in six central training institutes of the country.

The Group B officers get promoted from Group C recruits.
Recruitment for Group B officers is done through the Railway Recruitment Boards (RRBs) in the country, which is 19 in number and under the overall control of Railway Recruitment Control Board. These RRBs undertake the recruitment process of the candidates in the zones and other Railway departments in the zonal levels. They are the one who posts applications in the technical and non-technical cadre in the Group.

Various non-technical jobs for graduates such as clerks, assistant station masters, ticket collectors, train clerks, commercial apprentices, traffic apprentices, etc. These vacancies are published in national newspapers and weekly employment newspapers. In most positions, candidates are required to pass a written examination, which is done after the interview. After selection of these candidates, they must undergo a medical test. The age criteria for most of these posts are between 18 to 27 years, whereas academic qualifications vary from post to post, which can be from matriculation to graduation from a recognized university.

The technical posts in group C category are usually in areas such as civil, mechanical, electrical, signal and telecommunication, etc. Vacancies for these posts are advertised in a national daily and Rojgar Samachar. Written round related to the positions are designed according to the academic qualifications, and there are usually no interview rounds. Depending on the job profile, some positions may require viva or psychological testing or skill testing.

After the selection of the candidates, they are referred to their respective areas, and it is necessary to pass a medical test before the successful candidates can be appointed. The age limit for these posts in Group C is between 18 and 27 years, and they need to have a degree from any recognized university in the concerned branches of engineering. Official advertisements have other essential qualifications and eligibility criteria. At regular intervals, various individual RRBs come out as required for Sarkari Naukri Railways 12th pass.

Group D recruitment is carried at the division level. It can also be conducted by the headquarters of the Zonal Railway.

These are the Category Posts

As per the structure of the Indian Railway, the segregation into zones and divisions has distributed the overall burden of recruitment, although the regulatory guidelines and administration is made by the Railway Board at the center or the Ministry of Railways.

According to the organizational structure of Indian Railways, segregation in the zones and divisions has been distributed to the overall burden of recruitment, although regulatory guidelines and supervision are carried by carried by Railway Board at the Ministry of Railways.

Through such a process, there is a clear differentiation in the duties of individuals and divisions, both in the recruitment and operations. Another advantage which is very much imminent is that vacancies in the area or division are filled at the same level, which is best known by the region or division.

There is no need to go through bureaucratic decisions and compliance, but such an autonomous system as far as Sarkari Naukri Railway 12th pass is concerned.

How to Apply for the Sarkari Naukri Railway 12th Pass?

Disclaimer for those looking for Sarkari Naukri Railway 12th pass

The data mentioned above has been collected from various sources. Therefore, Candidates should refer the official job notifications and verify the same before applying.
Imp Note:

You can share the information with your friends and colleagues who are interested. You can also comment for any inquiry.
All the Best and Thank You…