Rose Day is always special and the first day of Valentines Week list 2021. Rose Day is celebrated on 7th February 2021. So if you are planning to start a love story, Rose day is perfect for you. Just start by Sending Roses to your partner on this special occasion. From the latest trends, Young […]

The all-new MTV Love School Season 4 has come alive on MTV India channel. The show is about dating series which have completed its three previous seasons. Yes, the seasons did pretty well and were much appreciated by the audience. Especially, the series had a greater impact on the teenagers of India and other teens […]

The biggest celebrations of the year Christmas and New Year have arrived. Christmas is the birthday of Jesus Christ which comes on the 25th of December every year. Not only the Christian people but the whole world celebrates this day. The night before Christmas day is called Christmas Eve, and during this time Christmas carols […] 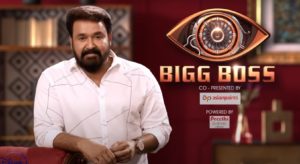