Set-builder notation is a representation for writing and representing the elements of sets, most commonly for sets with an infinite number of elements. It is applied to popular number types such as integers, real numbers, and natural numbers. This Set Builder Notation can also be used to express sets with intervals or equations.

Let’s learn more about the set-builder notation, its domain and range, uses, and symbols with the help of examples.

What is Set Builder Notation?

Set-builder notation is defined as a representation or notation for describing a set defined by a logical formula that simplifies to be true for every element of the set. The set builder notation contains one or more variables. It also specifies a rule for determining which elements belong to the set and which do not. Let’s look at a few other ways to write Sets. 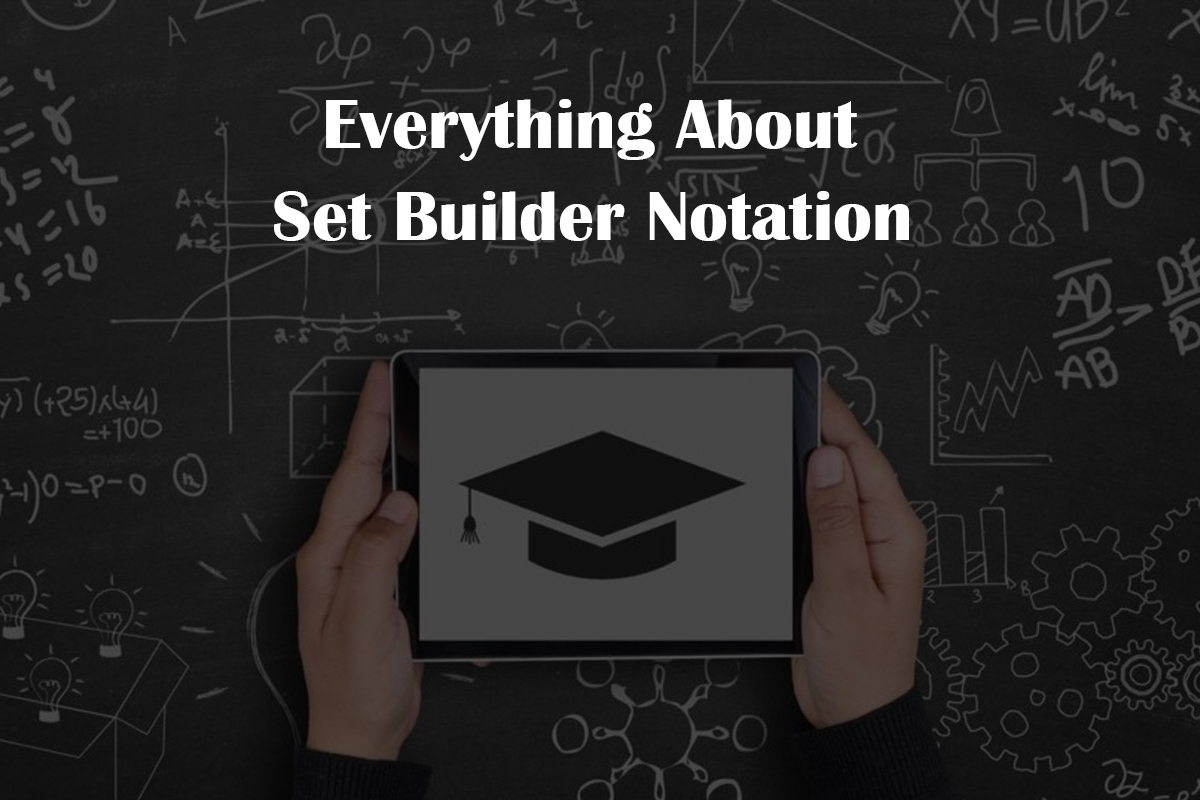 A set can be represented using one of two methods. The roster form lists the individual set elements, and the set builder form represents the elements with a statement or an equation. The two methods are as follows.

In this method, we list all of the elements of a set, which are enclosed in curly brackets. Each element is only written once and is separated by commas. The set of letters in the word “California,” for example, is expressed as A = {c, a, l, i, f, o, r, n}.

Here are some examples of set-builder notation forms.

The symbol ∈ denotes an element’s membership in a set and implies “is an element of.”

The elements of the set are represented by numerous symbols in the set-builder notation. The following are a handful of the symbols.

Why Do We Use Set Builder Notation?

Set builder notation is used when there are many elements and the roster form cannot easily describe the elements of the set.

Set builder notation is extremely useful for defining a function’s domain and range. In its most basic form, the domain is the set of all the values that comprise a function. For example, the domain of a function f(x) = 2/(x-1) would be all real integers except +1. This is due to the fact that the function f(x) is undefined when x = 1. As a result, the domain of the preceding function is {x∈R|x≠1}.