Game of Thrones Season 8 Premiere Date and other details Game of Thrones is an epic fantasy TV series which has given the viewers a visual pleasure like no other series in the entire TV industry can probably provide in the years to come.

The series has evolved to be a matter of emotion and sentiment among the fans. It is no more a generic series where the audience can patiently wait until the next season premieres. But it is that exceptional TV series where the audience sincerely pleads for the release of the upcoming season. HBO Brings you the exclusive live stream coverage of all Game of Thrones season 8 episodes officially.

Well, the good news is that the end of such a long wait for the ardent fans is soon going to come to an end as Game of Thrones season finale is going to premiere this 14th April 2019 exclusively at HBO.

In this blog, I will be talking about what has happened so far in the series and what might happen in the season finale. I am also going to post about the premiere date, broadcasting rights and every other significant detail for the fans who are keenly interested to know more after watching the Season 8 Trailer. 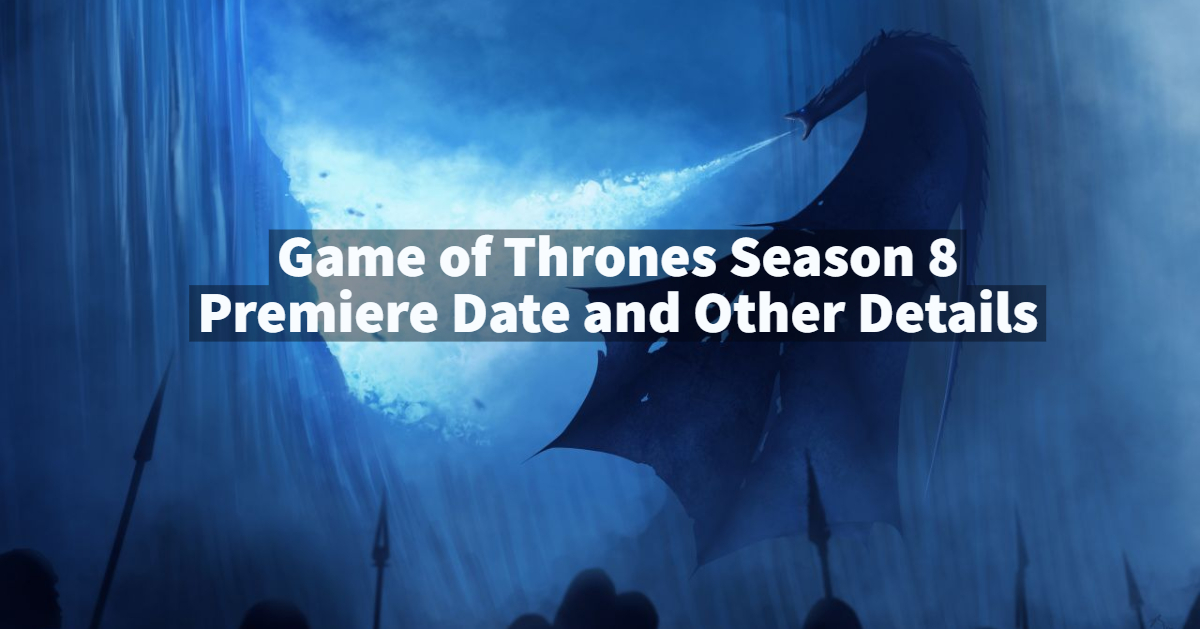 Summary of what has happened so far?

First things first, this is going to be a spoiler for the ones who are new to the series and is binge-watching to catch up with the season finale that is going to premiere this April.

For the rest, this is going to be a quick recap of the events which have happened so far in the epic fantasy series.

The seventh season opens with a glorious comeback from the junior most lone warrior of the house Stark. If you remember, it was Arya Stark to devastate House Frey entirely to avenge the Red Wedding. Let’s also not forget that she has now become The No one under the supervision of The many-faced God.
Killing Lord Walder Frey first to use his face to eliminate the entire house down, was a plan and an opening scene which made the audience go nuts. Also, her quote “The North Remembers” after retaliating the red wedding was the most exciting thing that took the season to a flying start.

The season also witnessed the reunion of the stark family including Arya, John and Sansa’s meet-up at Winterfell and the epic battle where Daenerys’s dragon and the Dothraki army entirely outplayed the Lannister’s in the spoils of war.

What is about to happen in the season finale?

I wish I knew it. The only probable solution to this very question is to wait and watch what the creators have in their mind regarding the season finale. Rest assured it surely will keep up to the hype it has created.

I wish I could say more about season seven, but it is quintessential for me to share all the important information about the final that is about to air soon.

As some of you already know that after teasing the fans with several short clips the series finally launched the official trailer of the season finale on 5th March 2019 making the fans go crazy and notching up their anxiety.

Here are some key points you should remember: