Kundali Bhagya is drama genre Hindi TV serial aired by ZEE TV. The serial Kumkum Bhagya tells the story of reuniting of two sisters (named Srishti and Preetha) with their mother and sister long after once they were separated during their childhood. 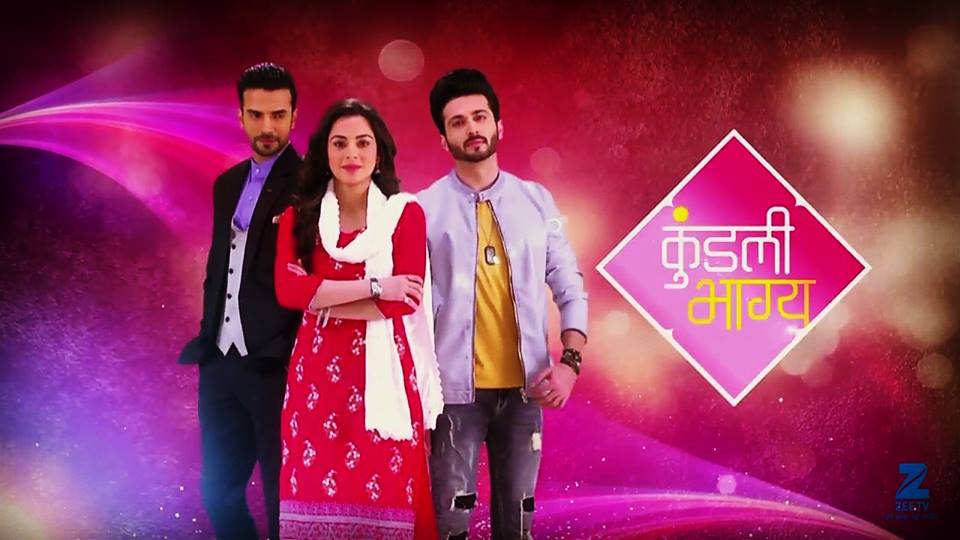 It is actually the spinoff version of serial Kukum Bhagya. The serial is produced by Ekta Kapoor under the banner Balaji Telefilms. The serial started its broadcast on 12 July 2017.

Besides the aurora sisters, the other important characters in the play are the Luthra brothers. Luthra brothers, Rishab luthra and Karan Luthra belong to the wealthy Punjabi Luthra family. The story of serial Kundali bhagya revolves around Aurora and Luthra families.

The role of Preeta, the elder among the Aurora sisters has been played by actor Shraddhya Arya. Anium Fakih plays the role of Srishti aurora and Luthra brothers are played by Dhiraj Dhupar and Rishab Luthra. Preetha aurora is a physiotherapist by profession and an emotional girl. Preetha’s sister, Shristi Aurora, who is younger to her, but is an outspoken and a bindaas kinda girl.

There is a love triangle installed the plot between Preeta and the Luthra brothers to make it hooking and interesting. The antagonist of the serial is the character Prithvi Malhothra, played by Sanjay Gagnani. Mahesh Luthra, by character-wise is the father of Luthra brothers. The role of Mahesh luthra is played by Naveen Saini.