The Reliance by providing unlimited calls and daily 4g data plans at a free cost set off a total war with its rivals. It pressured the significant competitors to come up with better-unlimited offers and service to not lose grounds. Now the network companies Airtel, Vodafone, Idea, BSNL have their unlimited calling plans with bundled data. Here we compare all the unlimited voice call plans available: 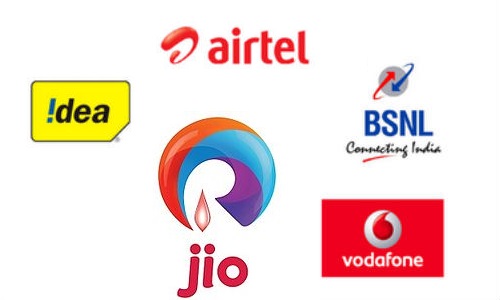 Airtel launched two unlimited voice call plans for their prepaid customers. Unlimited calling is for both local and STD calls. The programs are of Rs.145 and Rs.345. What differentiates the 145-plan from 345-plan is their 4G data limit. The 145-plan offers 300 MB of 4G data. The 345-plan provides 1 GB of 4G data usage. The postpaid customers can have unlimited calls in Rs.799-plan which give 100 SMS per day, 2GB data, Wynk Music and Wynk Movie subscription along with it. The 1199-postpaid plan offers the same benefits(SMS, calls, Wynk Music, Wynk Movie) with 5GB data.

Basic unlimited voice call offer in Vodafone is priced Rs.144 (price may vary a little depending on telecom circle). This Rs.144 pack gives 300 MB 4G data along with unlimited calls. They also have an Rs.344-pack which offers 1 GB 4G data. Those who have only 2G/3G-supported phones will just get 50MB data as per these plans. Post-paid customers have Rs.499, Rs.699, Rs.899 and 1299 unlimited call plans which have 3GB,5GB,8GB and 12GB respectively along with 100 free SMSs. The non-4G phones will get 1GB, 2.5 GB,5GB and 8GB respectively for the above post-paid plans

They have an unlimited basic plan of Rs.148 along with 300MB data. The Rs.348-plan has unlimited calls with 1GB 4G data. Unlimited calling postpaid plans of Rs.499 will get 3GB 4G data.

Here are all the unlimited voice call plans of all these network providers listed: