If CBT (Computer Based Test) is the first level of test for RRB Group D recruitment exam, what comes next is the PET or Physical Efficiency Test (PET). Only those qualified in CBT will be qualified for the Physical Test. 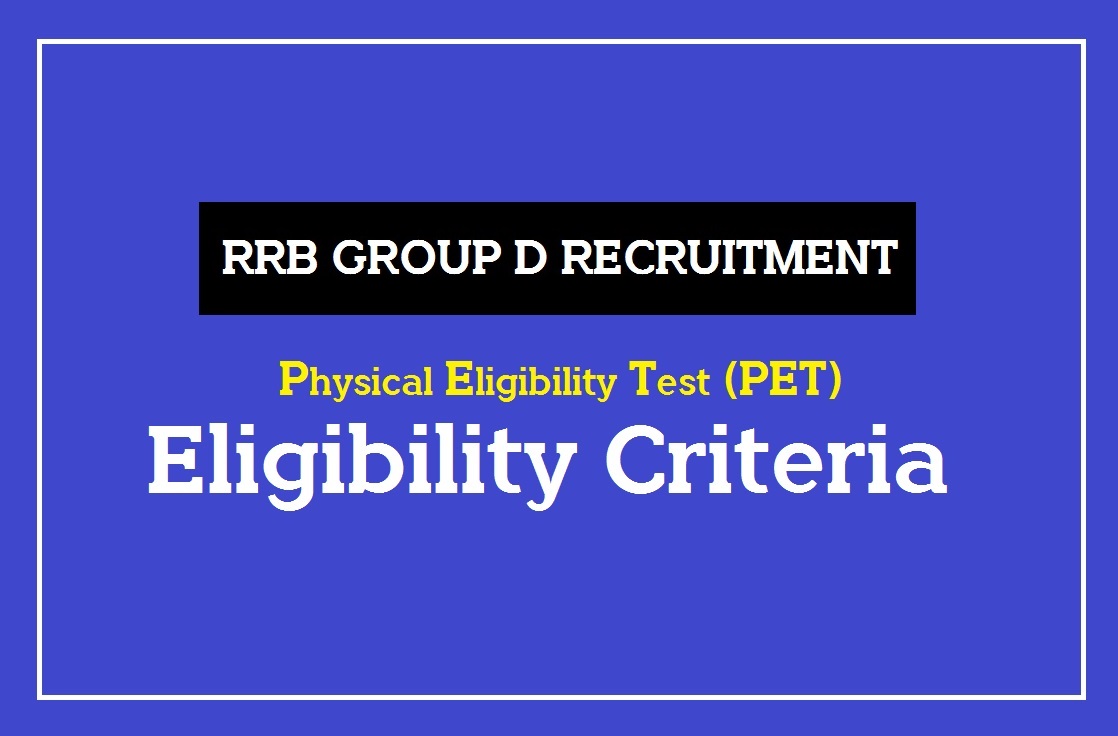 It is important for the RRB Group D candidates to know the eligibility criteria of Physical Eligibility Test. Group D examination are conducted by RRB to fill the vacancies of Keyman, Switchman, Leverman, Trackman, Porter, Welder etc. Below is the full list of jobs that comes under Group D vacancies.

The position vacancies under RRB Group D recruitment are:

100 meters Run in 2 minutes by carrying a Weight

NB: Only one chance will be provided

NB: For Differently-abled candidates, there is no PET. They have to pass the prescribed medical test after qualifying The Computer Based Test.