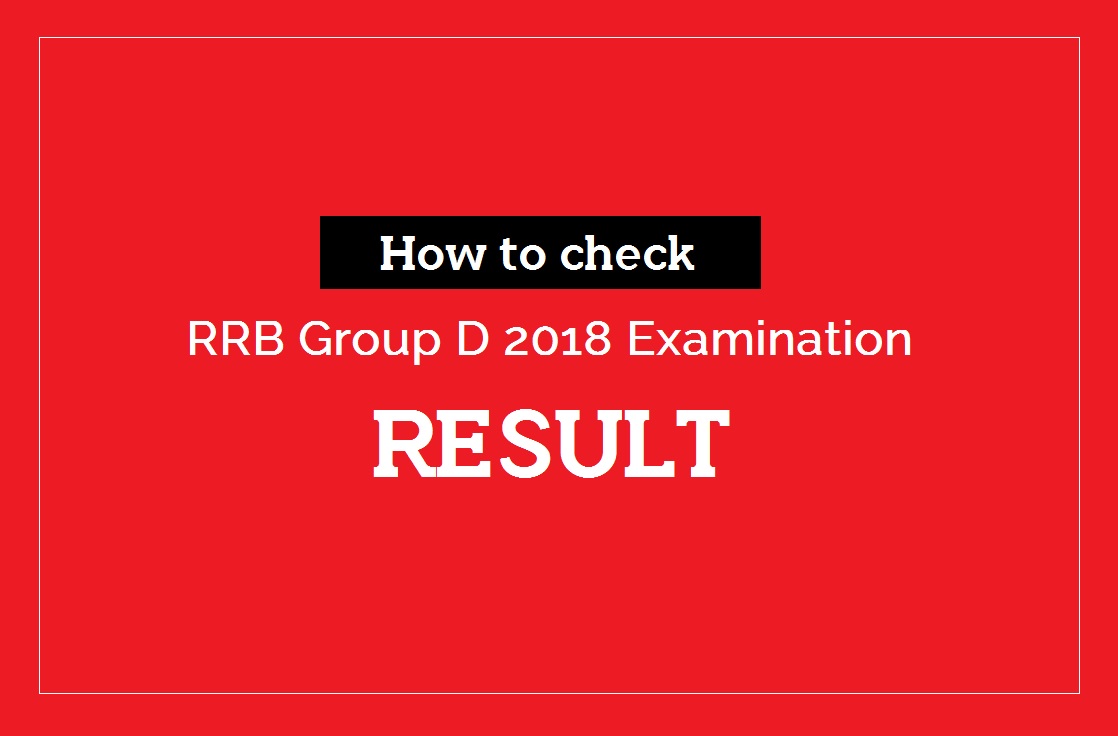 RRB conducted the Group examination in 2018 for filling the 62, 907 it had across various regions. The examinations were held for four months starting from September 17 to December 17, 2018.

It is the results of CBT (Computer Based Test) examinations, that RRB is publishing now. Those who are qualified will be called for Physical Efficiency Test (PET). The dates of PET tests for all regions will be announced soon.

How to check the RRB Group D 2018 Examination Results

The candidates can check their results from the RRB website correctly by following the below steps:

Step 1: Go to the website link of RRB corresponding to your region
Step 2: There you will find a “Results Declared” text link.
Step 3: You will be directed to the merit list. (Merit list is actually a PDF file)
Step 4: Search your roll number in the merit list to know if you’re qualified for phase 2 i.e PET
Step 5: If you find your roll number in the list, then you are qualified for PET.
Step 6: Now you can check the scorecard link in the regional website to know your marks. For that click on the “Scorecard” link in the website.
Step 7: You are now directed to a page where you will be asked your User id and User password (User password is actually your birth date). Fill in both user id and date of birth, and Click on “Login” button. You can now view your scorecard.