After the launch of serial Choti Sardani at the 7:30 Pm slot and Bahu Begum at the 9:30 PM slot, Color TV is launching a new show, mythological one named ‘Ram Siya Ke Luv Kush’. The show has Himanshu Soni and Shivya Pathania appearing in the roles of Ram and Sita. The show will be premiered on August 5 according to the promo released. The production house of this mythological show is Swastik productions. 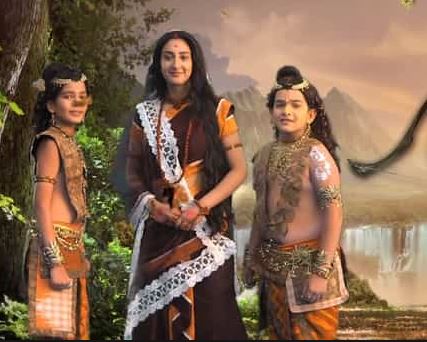 The show will be aired on all weekdays. The show timing is 8:30 PM. The retelecast timing is not known yet and will be updated after they are revealed.

Ram Siye Ke Luv Kush is the artistic rendition of Ramayana, the revered Hindu scripture. Serial presents the story of Ramayana through the view-point of Luv and Kush, the twin sons of Lord Rama.

It is the legendary Udit Narayan, who sang the title track of serial Ram Siya Ke Luv Kush.