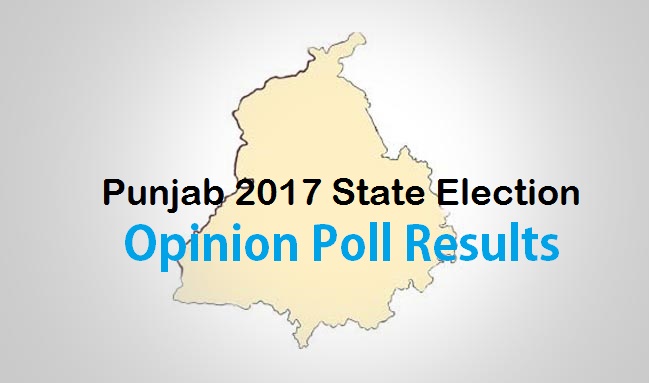 The Punjab State assembly elections of 2017 are approaching. The talks and predictions regarding elections and its results are being the topic of discussion among the public as well as at the media. Here are some published opinion poll results from surveys conducted by different news channels about the coming Punjab State assembly elections. Let’s have a look at those opinion poll results.

This was published on 13th October 2016. The opinion poll survey results indicate that Congress will win 49-55 seats and the runner up will be AAP(Aam Aadmi Party)which is likely to get 42-46 seats. It also says that BJP-SAD alliance which is the current ruling party will only get 17-21 seats.

The results of the opinion poll survey conducted by VDPAssociates say that AAP will win 93 seats with a 43% vote share. As per their poll results, the Congress will have 15 seats and the NDA will have six seats.

As per the results of opinion poll surveys by India Trending now, the AAP party will win about 85-89 seats out of 117 seats. The results indicate that Congress will have 16-20 seats and BJP-SAD alliance will win only 9-14 seats.

Results of a TV24 opinion poll on Punjab Assembly election 2017

All the above Opinion Poll survey suggests that AAP will be a crucial contestant in Punjab State Assembly elections of 2017.