Two images claiming to be of device OnePlus 7 pro, just appeared in Weibo, a Chinese social media site. The leaked images give a nice clear preview of how the device looks like and says a lot about its features. The new flagship device from OnePlus is about to launch later this quarter. It is in midst of that, these leaked images appear and hinted that there is also a Pro version behind the curtains waiting for its launch. Images allegedly of OnePlus 7 were leaked earlier through the tech site Android Pure. 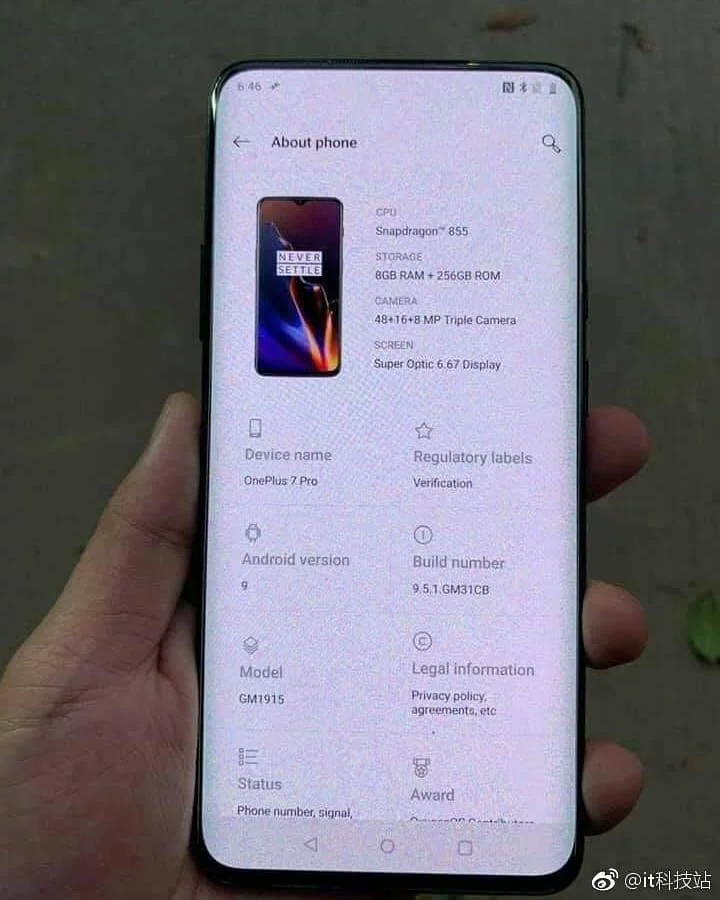 The images leaked are of a phone with a curved screen, with minimum bezels. One of the two images is of the phone with the ‘About phone’ window opened in it. The ‘About Phone’ windows say the name of the device is OnePlus 7 Pro.

Here are the leaked specs that appeared in the About Phone window of the phone, of the allegedly Oneplus 7 Pro. 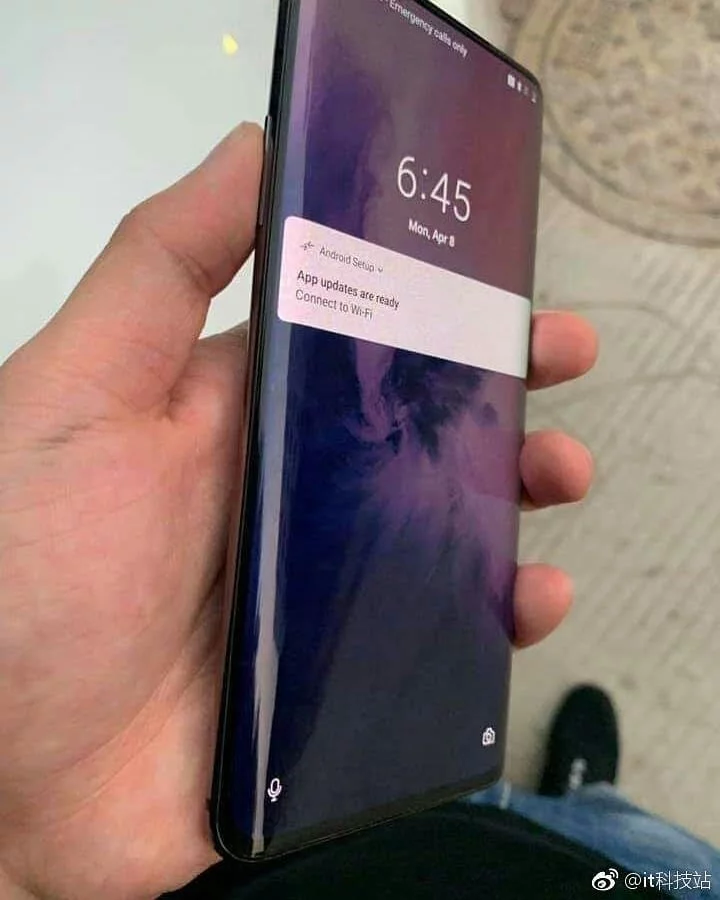 There is no back view of the phone in the images. What’s strange with Phone section image is that the placeholder image is of OnePlus 6T. The software version mentioned in the image is 9.5.1GM31CB, which if true would be running on the new OxygenOS 9.5 edition. There are rumours already that the new device from OnePlus will have a popup selfie camera.