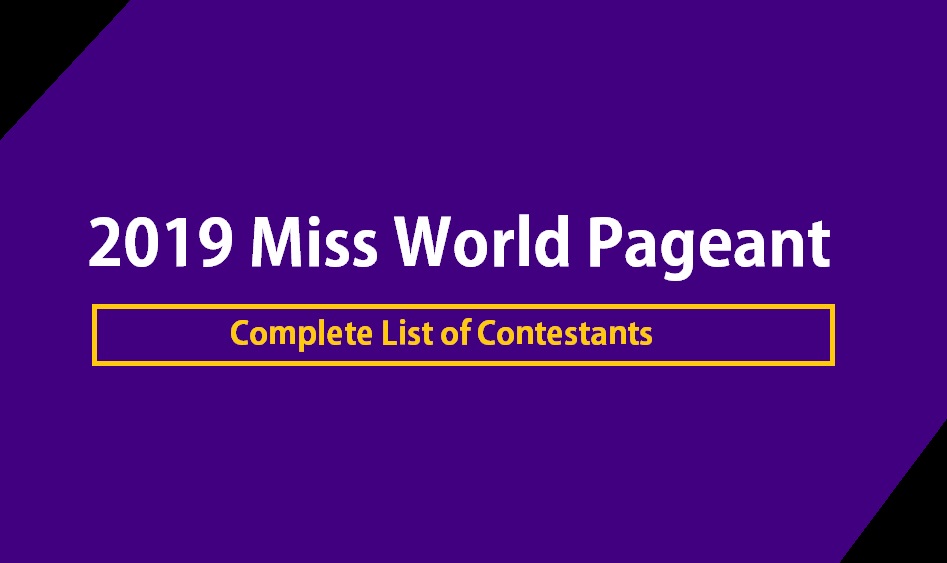 Up till now, the participation of 37 delegates has been confirmed. There are totally 130 candidates competing each year for the Miss World title representing 130 nations/territories from around the world. Here is the list of all the candidates and available details about them.