After 9 successful seasons for the all-time favorite show, Khatron Ke Khiladi Season 10 is ready to set the stage on fire. Well, the show is scheduled to be kicked off in the month of February 2020 whereas the location is chosen to be Bulgaria. 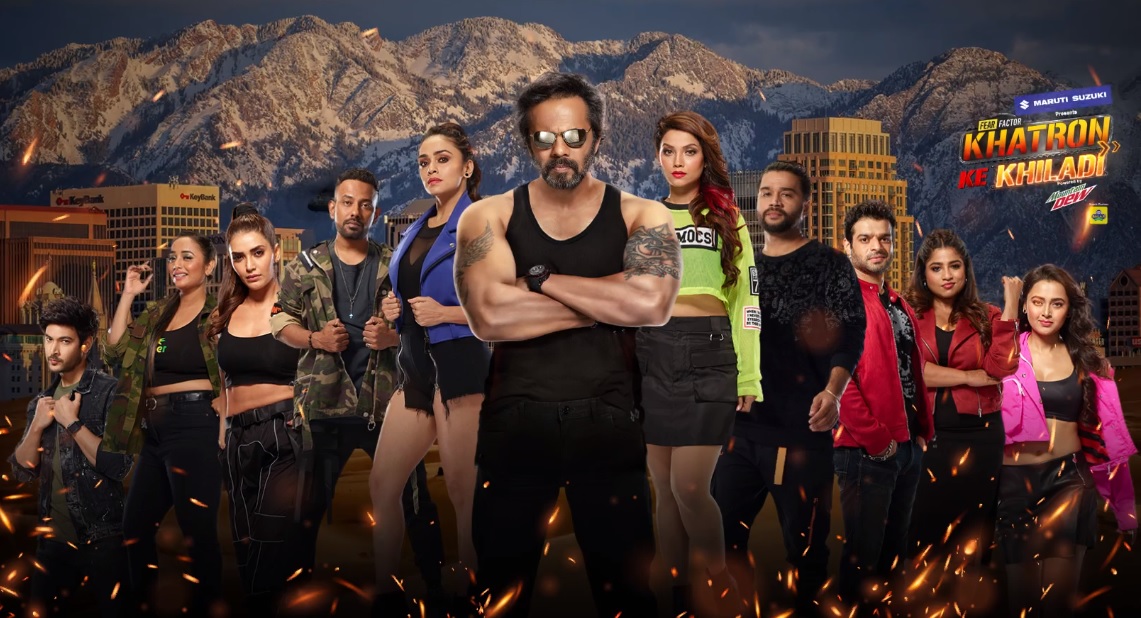 Talking about the last two seasons of Khatron Ke Khiladi, they have been phenomenal. Time after time, the show makers have given some breath-taking seasons whereas the season 10 is expected to be a blockbuster too. Coming at the list of contestants for the Fear Factor: Khatron Ke Khiladi Season 10, all of them are looking promising. Indeed, each year, KKK contestants have been the major highlights of the show. Even the girls in this show fight their hardest and that truly rectifies girl power in the show.

Well, every single contestant will fly to Bulgaria for the shoot whereas each of them will try their hardest to win the contest. Check out the Khatron Ke Khiladi season 10 contestants names, starting date, timings and more details below.

Here is the contestants list of Khatron Ke Khiladi Season 10.

Quite clearly, after 9 great seasons for the KKK, Karan Patel was always on the cards for Khatron Ke Khiladi Season 10. Popularly playing the role of Raman Bhalla in the all-time famous “Ye hai Mohabbatein”, he quit the show recently. Well, he is busy shooting for the Khatri k Khiladi where he decided to put a stop on his six-year journey with YHM.

The tall and gorgeous actress who was seen in the Naagin 3 along with Qayamat ki Raat has confirmed her existence in the Khatron Ke Khiladi Season 10. Indeed, she was a part of the Big Boss Season 8 where her exceptional performance won hearts of over a million people.

Time after time, she has been doing reality shows whereas her appearance in the films has gathered true fans for her. This time, he is all set to make her debut at the Khatron Ke Khiladi Season 10 where she will try her best to win the competition.

The actress who got famous after her role in ‘Vish Ya Amrit Sitaara’ and ‘Naagin’ is ready to take part in Khatron Ke Khiladi Season 10. The KKK season will mark the beginning of a non-fiction journey for Adaa Khan for which she is pretty much excited.

After taking with the ‘Times of India’, she said that it will be her first reality show where she is ready to give her all out. Further, she likes to challenge herself where such things will surely bring out the best in her.

The Raazi actress is said to be a confirmed contestant for the KKK 10. According to strong sources, it is believed that Amruta will be a part of the Khatron Ke Khiladi Season 10. Indeed, she is slowly starting to rose to fame whereas the KKK Season 10 will surely be a good platform for her. For her fans, all they can do is to cheer for their favorite contestant to perform well at the KKK Season 10.

Currently, Amruta is working in a Marathi TV show where she will definitely take leave to fly to Bulgaria in August 2019.

Tejasswi TV show “Pehredaar Piya” made her into headlines right in the year 2017. In the show, she was shown to marry a 10-Year Old Boy whereas a petition was filed to ban the show. Around 1lakh people filed the petition whereas people believed that the show promoted child marriages. Thereafter, the show was shut down.

However, after all the struggle and controversies, Tejasswi will be seen at the Khatron Ke Khiladi Season 10. Indeed, she will try her best to wipe off earlier criticism and will look for a bright start for the year 2019.

The talented actor and host, Balraj Sayal are all-set to make his debut at the Khatron Ke Khiladi Season 10. Indeed, he has anchored many shows whereas his comedy timing has gained him tons of followers.

This time in the year 2019, he will be taking part at the KKK Season 10 and the news is confirmed. With fellow members, he will fly off to Bulgaria for the amazing shoot for KKK Season 10, without fail.

A Dancer turned Choreographer, Dharmesh’s journey has been full of struggles. After Punit Pathak won the 9th edition of Khatron Ke Khiladi, he has recommended his friend Dharmesh to take an active part in the contest.

As of now, the ABCD Actor has agreed to do the show where he will fly to Bulgaria to compete with fellow contestants. Indeed, his life journey has taught him almost everything and he will be ready to give a tough fight to other contestants.

The Bhojpuri star who was speculated for being the contestant of the Big Boss Season 12 will take part in the Khatron Ke Khiladi 10. Well, she has gathered ample of fame in her Bhojpuri shows where she is all set to make her debut in the Indian non-fiction show.

Indeed, it will be quite hard for outside like Rani but she is looking quite positive and full of energy for the Khatron Ke Khiladi 10 show.

The famous RJ who has been featured in most of the Reality Shows is all set to make his way for the Khatron Ke Khiladi Season 10. She is a type of girl who loves challenged and Khatron Ke Khiladi 10 will be the perfect match for her.

Now, as far as the starting date of the show goes, it will start from the 22nd of February 2020. The episodes will be aired on Saturdays and Sundays at 9.00 PM.

Who can be a better host for KKK Season 10 than Rohit Shetty himself? He has hosted the earlier seasons for the event where each of those seasons was a blockbuster. Therefore, for the KKK Season 10, the producers believe Rohit Shetty has got the flare to host yet another season of Khatron Ke Khiladi.

So, there we go! We have come to the ending phase of the article where you must have got every information regarding Khatron Ke Khiladi Season 10. Therefore, for every single fan who is waiting for this exciting show, the event is all set to premiere on the 22nd of February, 2020.

Till then for every crazy fan, all you can do is to wait for the show to start, vote for your best-loved contestants and watch them win with pride, joy, and happiness.