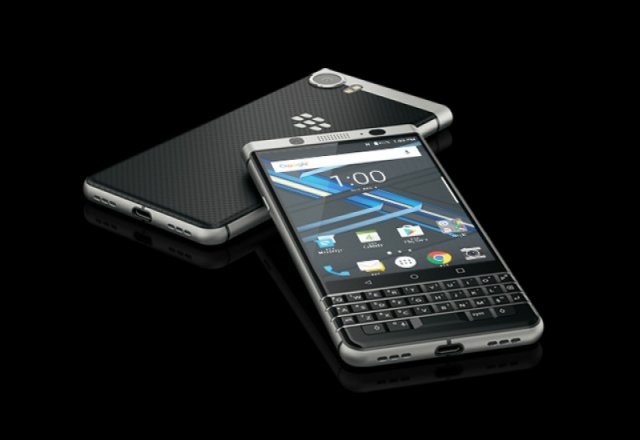 The Canadian company BlackBerry is launching a new Smartphone known as the “BlackBerry KEYone“. BlackBerry Mercury also is known as BlackBerry Mercury DTEK70 will be launched at the Mobile World Congress 2017. The company will introduce this new model in an event at the MWC 2017 which will be held on February 25, Saturday. The event starts at 1.00 PM EST/10.00 AM PST.

Now coming to the specs, BlackBerry Mercury will feature a 4.5 inch IPS LCD capacitive touch screen display. The phone will also have a classic Blackberry QWERTY Keyboard in the bottom portion. BlackBerry Mercury will run on the latest Android 7.1 Nougat OS. The central processing unit (CPU) of BlackBerry Mercury/DTEK70 is Octa-core 2.0 GHz Cortex-A53 with Qualcomm MSM8953 Snapdragon 625 chipset. The users can play HD games and run high graphics apps smoothly as the phone will be having Adreno 506 as the GPU and a 3GB RAM. The phone has an internal storage of 32GB and can be further expanded using a microSD card up to 256GB. Coming to the Camera BlackBerry Mercury have a 12 MP primary camera with dual LED and an 8 MP front-facing a camera. The videos can be recorded at full HD resolution at 30 FPS. The price of BlackBerry Mercury in USA, UK, Canada, India and more countries will be announced at the MWC 2017 event on 25th February 2017. Check out the complete Specifications, Price and Release date of BlackBerry DTEK70/Mercury below.

BlackBerry Mercury/DTEK70 will be launched on 25th February 2017 at the MWC (Mobile World Congress) 2017.