We have got Printable Wall Chart Schedule for FIFA World Cup 2022. The chart comes with different languages and Countries. Download links will be available below. The FIFA World Cup is the biggest and most prestigious football tournament in the world. It is contested by the men’s national teams of the member countries of FIFA, the sport’s global governing body. The tournament takes place every four years, and it is usually held in a different country each time.

The first World Cup was held in Uruguay in 1930, and since then it has been held in many different countries all over the world. The current format of the tournament involves 32 teams from all over the world competing in a month-long event. The teams are divided into eight groups of four, and they play each other once in a round-robin format. The top two teams from each group advance to the knockout stage, where they compete in a single-elimination tournament until only two teams remain. These two teams then play in the final match, which decides the World Cup champion. 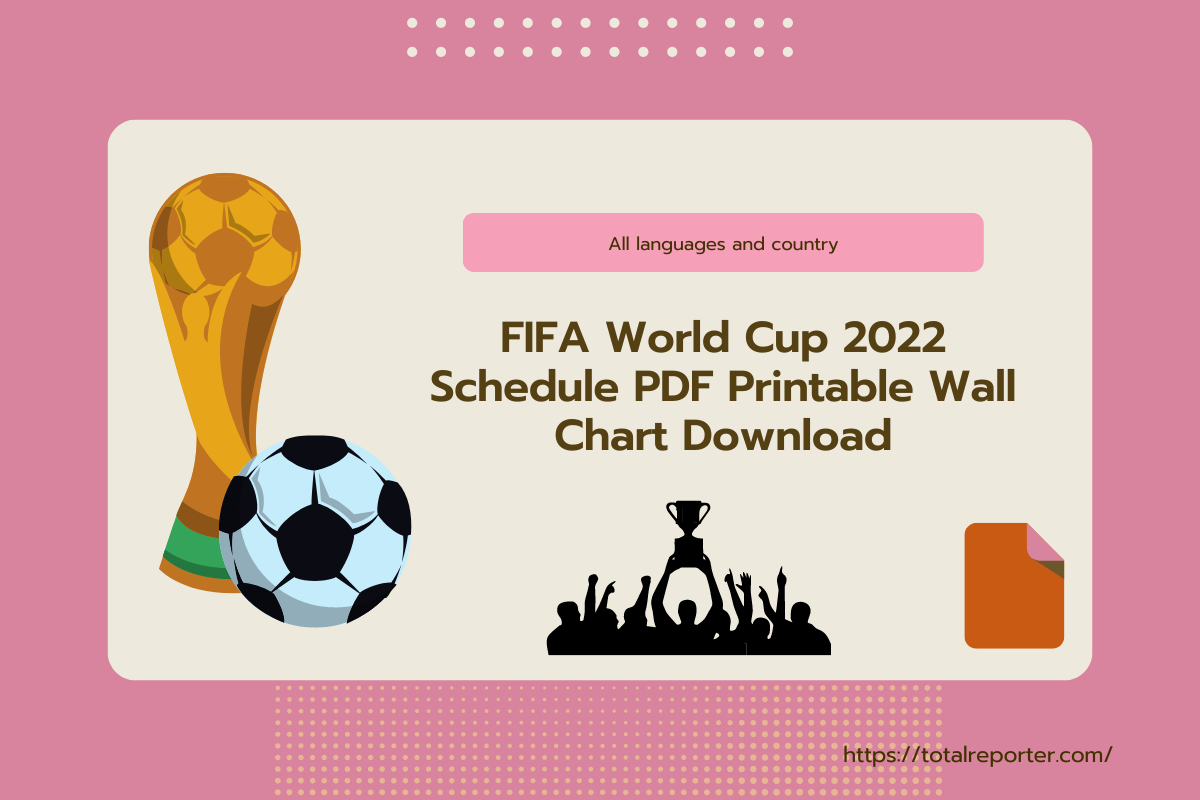 As the countdown to the 2022 FIFA World Cup in Qatar nears its end, fans around the world are eagerly awaiting the event. One way to make sure you don’t miss a single match is to download a PDF of the official World Cup 2022 wall chart. The chart includes all of the information you need to know about the tournament, including the schedule, venues, and teams. Simply print it out and hang it up in a prominent location so you can keep track of all the action. And with the World Cup being held in Qatar for the first time, there’s sure to be plenty of excitement and drama to follow. So check out the PDF now and start planning your viewing schedule for next year’s tournament.

Download our free FIFA World Cup wall chart to follow all the action from this year’s tournament! This wall chart is available in many different languages so that everyone can enjoy following along with the games.