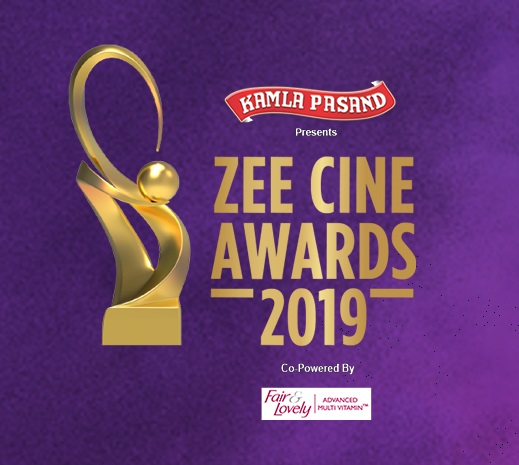 Just like every year, this year’s Zee Cine Awards will also be going to be a grand one. Most of the Bollywood stars will appear at the event and we can see a star-studded event. The audience can also see the mind-blowing performances of various stars at the event. The fans can book tickets to watch the show live through the Paytm and Insider.in websites. The 2019 Zee Cine Awards will telecast on Sunday, 31st March at 12.00 PM on Zee Cinema. The Red carpet will start at 11.30 PM. Check out the Zee Cine Awards 2019 nominations, award categories, voting, tickets, date, time, venue and more details below. 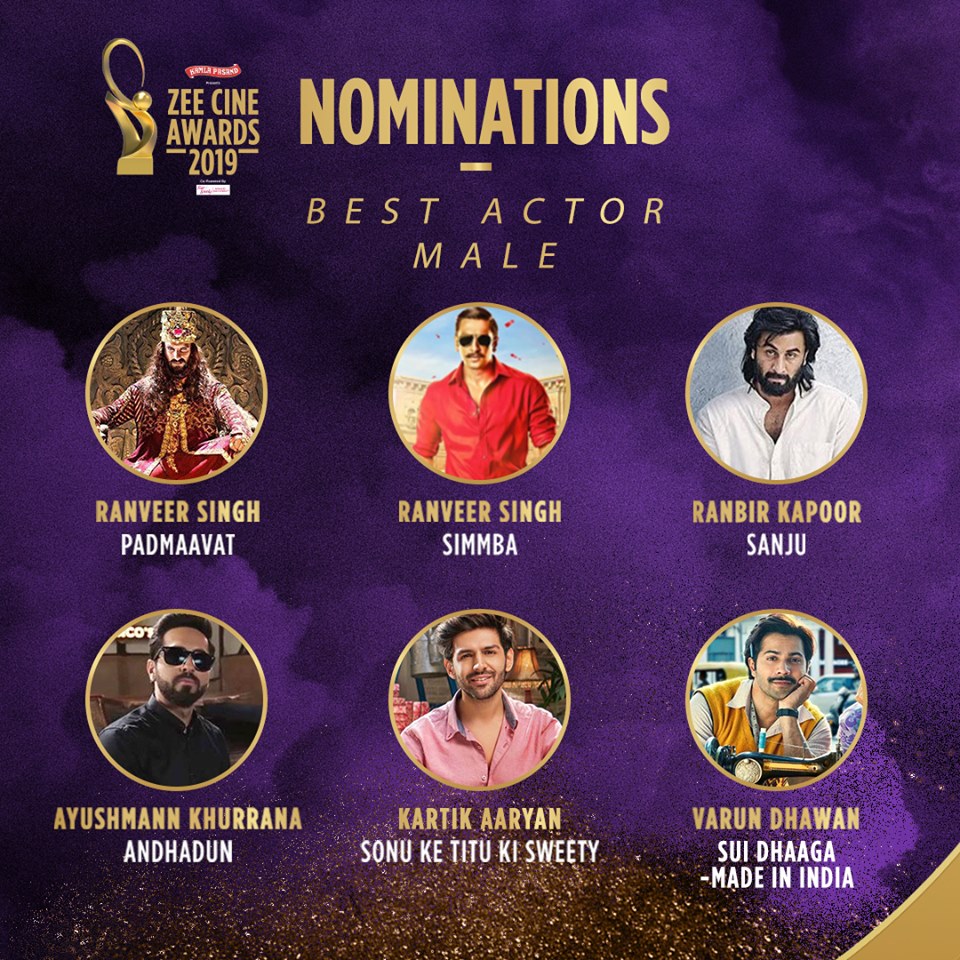 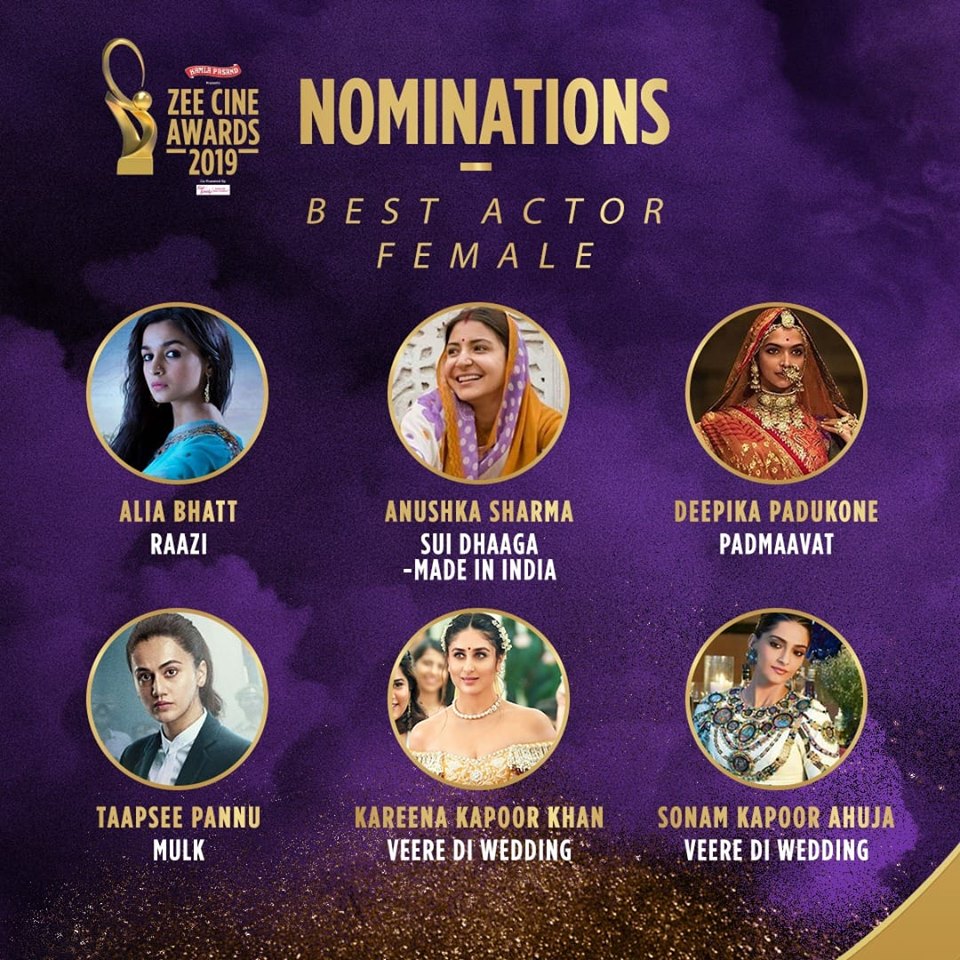 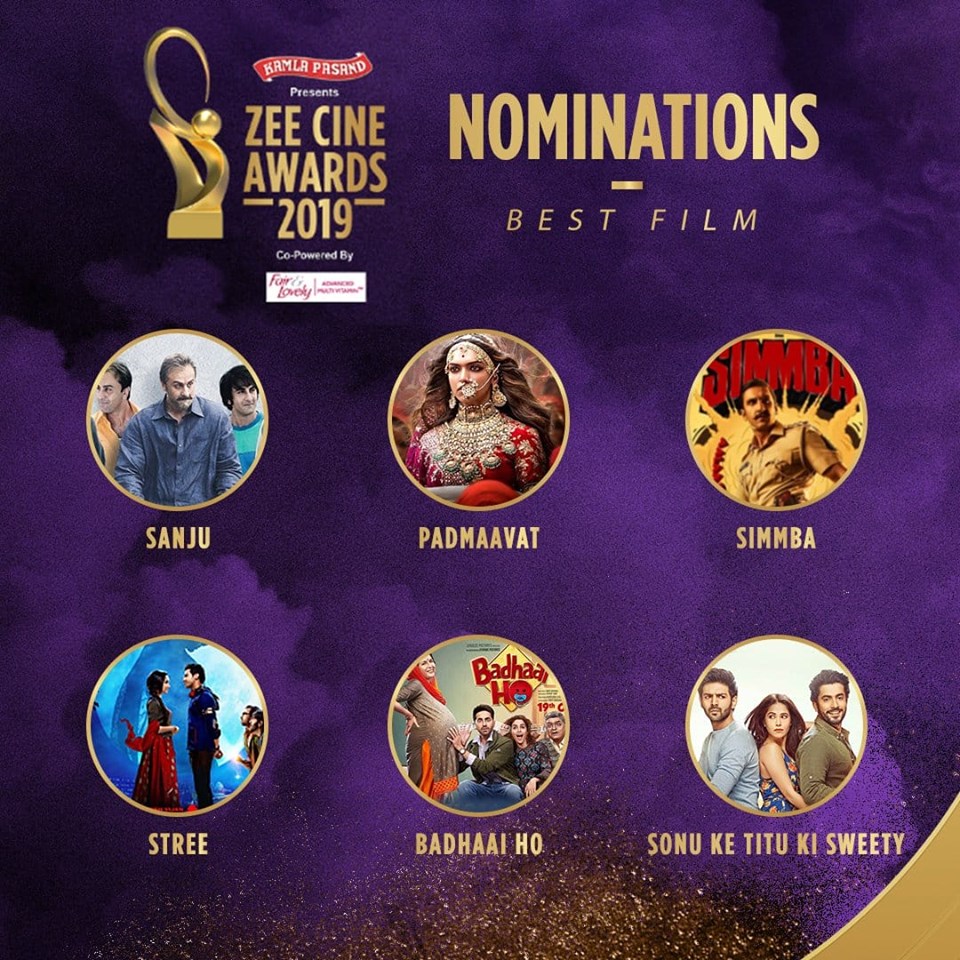 Best Song of the Year 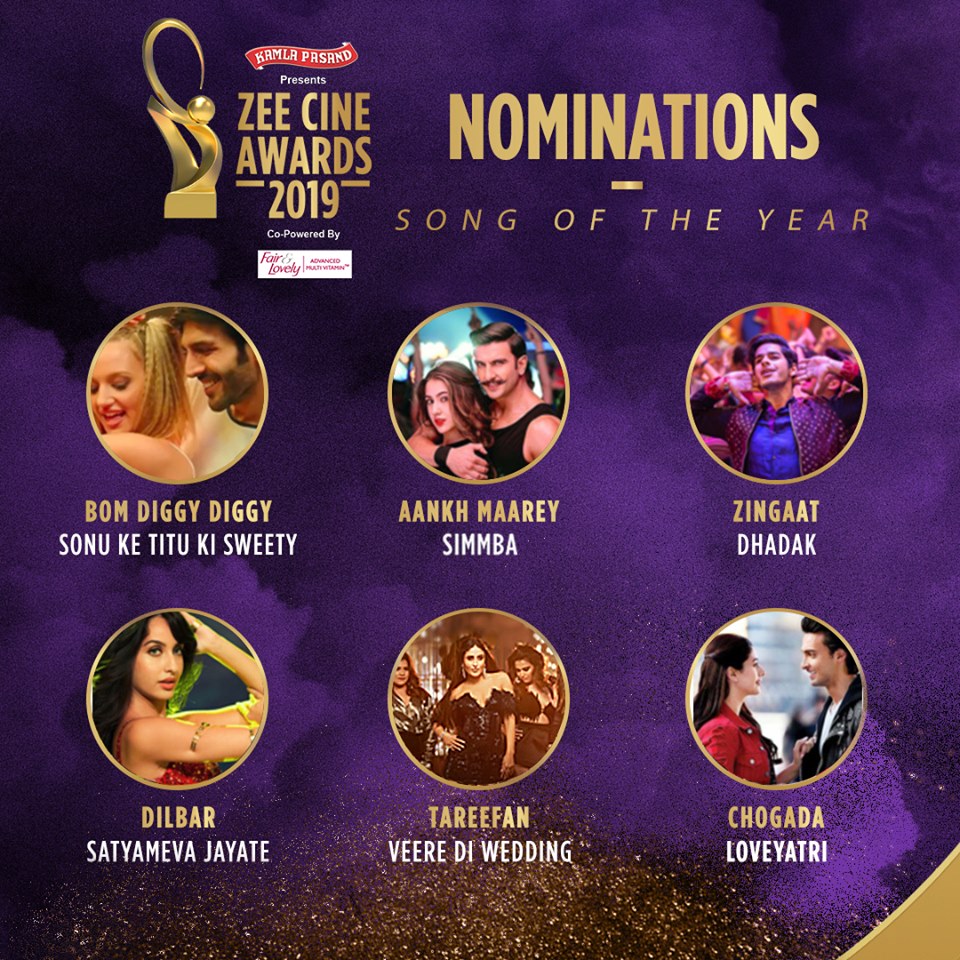 Check out the steps to vote for Zee Cine Awards 2019 below.