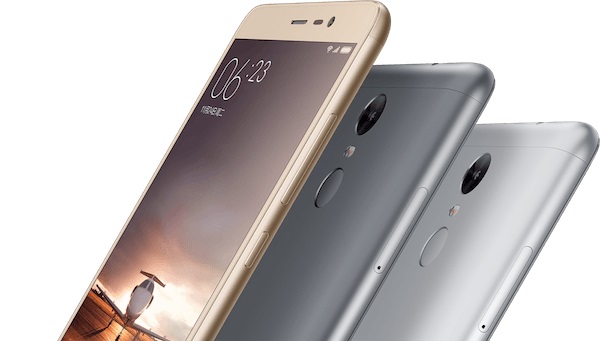 Xiaomi is on its way to launch their new smartphone the Xiaomi Redmi Note 4 at 4.30 IST on November 4. As per the official reports, the event of the launch will be live streamed. The new Xiaomi Redmi 4 will have a display glass that is curved at the edges. Also, Xiaomi Redmi Note 4 will have a 32 GB inbuilt storage and can support a micro SD card of up to 128 GB. The device will run on a 2.1 GHz deca-core Snapdragon 625 processor along with a 3 GB RAM.

When it comes to the display, the phone is expected to bear a 5-inch full-HD LCD. The screen will be having a 401 ppi pixel density, which is not bad compared to the other competing budget phones. Coming to the camera features, the phone will have a 13-megapixel rear camera which has a dual-LED flash and a selfie-friendly front camera of 5-megapixels. The device will be powered by a 4100 mAh non-removable battery. The phone is available in three color variants- Grey, silver, and Gold.

Here are the complete specs of Xiaomi Redmi Note 4.

The price of Xiaomi Redmi Note 4 is expected to be Rs. 12000. The exact will be updated here after the official announcement.

The Xiaomi Redmi Note 4 will be officially launched on November 4 at 4.30 PM IST.