The most awaited Mohanlal starrer movie Monster is all set to release on 21st October 2022. The movie is a crime thriller directed by the famous Malayalam director Vysakh. The last hit movie released from the Mohanlal-Vysakh combo was Pulimurugan which has earned more than 100 crores. The Mohanlal fans are eagerly waiting for the film to be released. Monster is written by Udayakrishna and produced by Antony Perumbavoor. Check out the Monster OTT release information below. 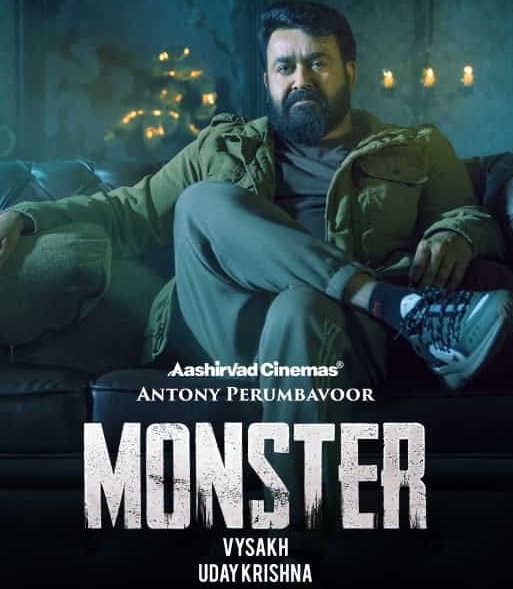 The character name of Mohanlal in Monster is Lucky Singh. The other actors and actresses in the movie are Lakshmi Manchu, Lena, Honey Rose, Siddique, Sudev Nair, K. B. Ganesh Kumar, and Jess Sweejan. Mohanlal’s screen presence as Lucky Singha is the main factor that attracts the audience to the film. And everyone says that the best acting moments of stars like Honey Rose, Sudev Nair, Lakshmi Manju, Lena, Siddique and Ganesh Kumar are the best part of the movie. The complete cast of the movie is given below. The music composer of the movie is Deepak Dev.  The OTT release of the movie is on November 25, 2022. The movie will be released on the Disney+ Hotstar OTT platform. See more details of the monster movie OTT release here.

The OTT Release date of Monster has now been officially announced. The movie will be released on the OTT platform on November 25, 2022.

Moster will be released on the Disney+ Hotstar OTT platform.

Check out the complete cast of the movie below.

The trailer of the movie was already released and is getting a great response from the audience. Check out the trailer below.