The elections in India 2019 are all set to get started in April which will go till May 2019. It constitutes 17 Lok Sabha elections whereas the hunt to become the next Prime Minister is going on. Either Rahul Gandhi or Narendra Modi, none of the Indians is clarified till date.

Still, people along with their families will be much eager to vote for their wishful leader and will hope for their party to come into power. As of now, the Election Commission has announced that the Lok Sabha Elections will be held in 7 different phases.

Also, CEC Sunil Arora told that the Model Code of Conduct has come into force and have announced dates for the Lok Sabha election for different states.

Talking about specific election dates, they will begin from April 11 and will go until May 19. Also, the counting process will be held on May 23 which will decide the fate of parties.

As per data, around 90 crore voters are eligible to vote for the 543 Lok Sabha elections all over the country. 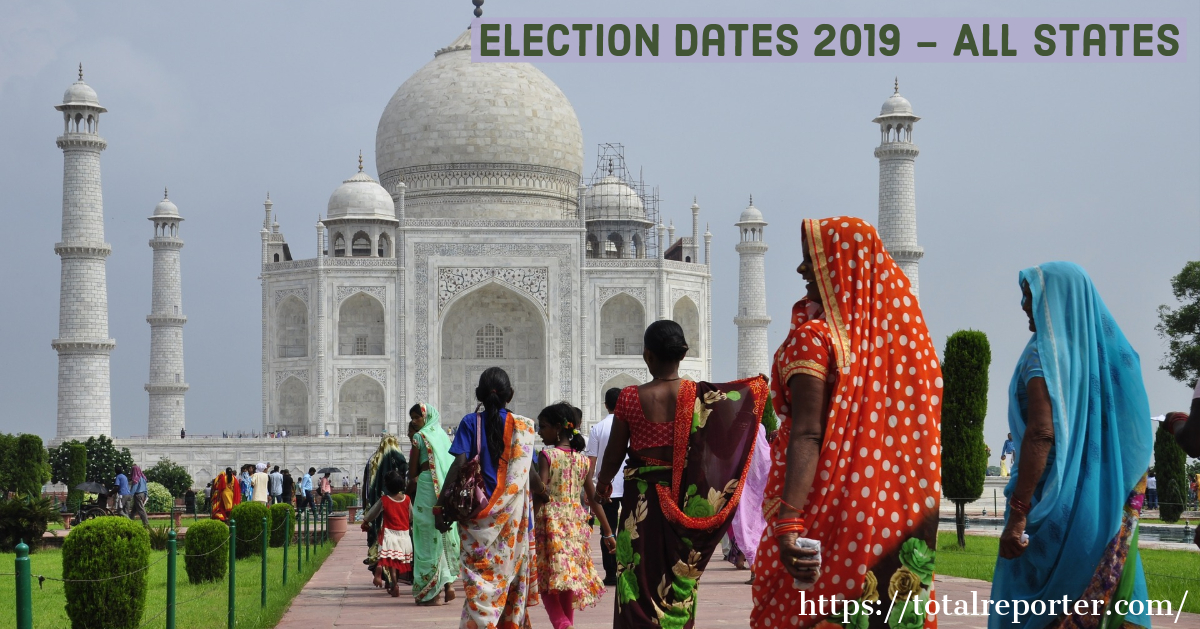 Look at the 2019 Lok Sabha Schedule

Now, as you have got a look at the complete schedule of the 2019 Lok Sabha Elections, let’s move on to State-wise distribution of Lok Sabha election along with the dates.

After a series of research, we have brought for you the state wise poll details for the 2019 Lok Sabha Elections.

State-Wise Polling in One Phase at a time details

A Glance at the Key Highlights by the Chief Election Commissioner

In the heat of the ongoing Lok Sabha elections, the Chief Election Commissioner said that the Election commission has started to prepare for the elections.

Firstly, the commission has started to organize meetings for holding elections in different states. In this, several rounds of discussions have been held with the MHA and other railway departments.
This will enable in smoother conduct of the elections with which the entire election process can be conducted peacefully.

From the panel side of the elections, they have held deliberations with different departments including railways. This will help in facilitating the overall elections in a much profound manner.
Emphasizing on the purity of different election polls, making the election, a fair one is in the process. The CEC of the election commission said that the process of updating is running in full force.

Also, talking about the number of voters in different states, CEC said that people around 900 million or 90 crores are between the age of 18 to 19 years.

This is surely a good opportunity for the people between the age of 18 to 19 years to vote for their favorite party. Without a doubt, people of such age have a big future ahead of them, and if they can put a hand in selecting a government, India can be a much better place to live in the future.

Conclusion: Election Dates 2019 in All States

We are not far away from the 2019 Lok Sabha elections, and the process is ongoing in full force. Every single party is trying their best to held rally’s bring people together and tighten up their vote bank.
As of now, the election commission of India has released the dates for state wise elections Lok Sabha 2019.

Regardless of your state, you can look at the above article for accurate information and then go ahead to go voting for your wishful party in Lok Sabha 2019 elections.
Make sure that the above dates are not speculation and are confirmed by the Election commission of India.

Therefore, regardless of your state, the Lok Sabha 2019 elections are slowly becoming a reality. All you can do is to wait for the elections, vote for your favorite party and wait for positive results with ease and comfort.